5 Beauty Treatments You Can Find…

Caring for Someone With Multiple Myeloma

More Reasons to Keep Your Sex…

Speaking Up and Checking In: Why…

An Active Sex Life Can Improve…

How Many Calories Are You Eating?

Good News! Exercise Doesn’t Have to… 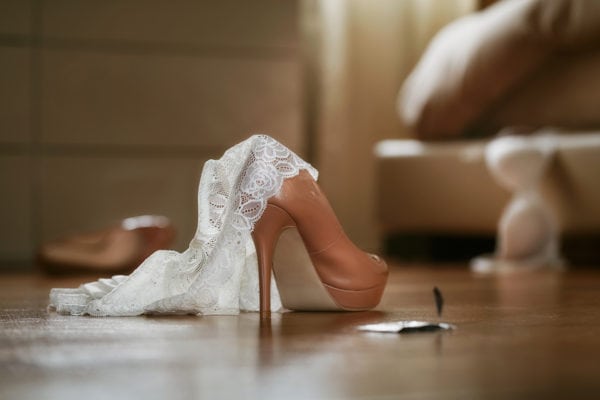 Experts claim that over the years, the bacteria strains have evolved, “outsmarting” the current medicine available.

One of the most common sexually transmitted infections is becoming harder and harder to treat.
According to NBC News, on Friday the World Health Organization announced that drug-resistant “super gonorrhea” is becoming more common, making a once easily treated infection a nightmare disease.
So—what’s going on?
Experts claim that over the years, the bacteria strains have evolved “outsmarting” the current medicine available.
“The bacteria that cause gonorrhea are particularly smart. Every time we use a new class of antibiotics to treat the infection, the bacteria evolve to resist them,” said WHO’s Teodora Wi, M.D.
Currently gonorrhea—also called “the clap” and “the drip”—is treated with penicillin, but more and more countries are reporting they have to go down a list of drugs in order to treat people successfully.
The WHO stated that 97 percent of countries report gonorrhea that resists ciprofloxacin, 81 percent have found cases that resist azithromycin and two-thirds of countries have found strains that resist the last-resort drugs: extended-spectrum cephalosporins such as oral cefixime or injectable ceftriaxone.
And this is just the “tip of the iceburg,” Dr. Wi said.
Before you freak out, be clear: This doesn’t mean gonorrhea is untreatable. But the WHO did admit that there have been a few cases that did not respond to treatment at all.
“To date, three extensively drug-resistant gonococcal strains with high-level resistance to ceftriaxone (‘superbugs’) have also been reported—in France, Japan and Spain,” the WHO wrote in the report.
The WHO stressed that gonorrhea rates around the world are going up due to lack of “condom use, increased urbanization and travel, poor infection detection rates, and inadequate or failed treatment all contribute to this increase.”
They also emphasize that we need new drugs, but currently there are only three new candidate drugs in the clinical trial phases.
“To address the pressing need for new treatments for gonorrhea, we urgently need to seize the opportunities we have with existing drugs and candidates in the pipeline. In the short term, we aim to accelerate the development and introduction of at least one of these pipeline drugs, and will evaluate the possible development of combination treatments for public health use,” said Manica Balasegaram, director of Global Antibiotic Research and Development Partnership. “Any new treatment developed should be accessible to everyone who needs it, while ensuring it’s used appropriately, so that drug resistance is slowed as much as possible.”
Why this matters to African Americans: According to the Centers For Disease Control and Prevention, in 2015 there were 395,216 reported cases of gonorrhea in the United States, up 13 percent from 2014. Sadly, African Americans bear the brunt of this epidemic: Our rates are 9.6 times higher than our white counterparts. And young folks need to be extremely careful given that the highest rates in our community occur in those between the ages of 15 and 34.
Here’s what to look for:
According to the CDC, symptoms in men include:

But keep in mind: Plenty of people don’t show any signs they have the infection. What are the dangers of untreated gonorrhea?
First off: It’s not deadly.
But being undiagnosed and untreated for STIs can bring about a range of complications that include chronic pelvic pain, ectopic pregnancy, fetal death and infertility. It can also raise your risk of contracting HIV five times over.
This is why it’s so important to be tested and treated for STIs, especially given that most STIs, especially in men, show no symptoms. So many folks are completely unaware of their status and in fact may be unintentionally infecting others.
Learn more about STIs and how to get tested for them at cdc.gov.
From Hello Beautiful

Americans Are Having Less Sex

5 Beauty Treatments You Can Find in Your Kitchen