Gratitude Can Help Your Health

Plan Kidney-Friendly Meals in a Snap!

Caregiving From a Distance

5 Things to Consider Before Attending a…

Rural Black Women Turn to Each Other,… 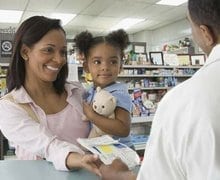 You’re Pregnant: How Much Weight Is Safe to Gain?

Some Individual Policies Offer a Way to Shrink Deductibles

ACA: By the Numbers

Gratitude Can Help Your Health