Are You at Risk for Multiple Myeloma?

5 Protective Hairstyles You Need to Try…

Hypertension and Heart Disease: Everything You Need…

How to Be Your Own Health Advocate

Representation Matters: The Importance of Diversity and… 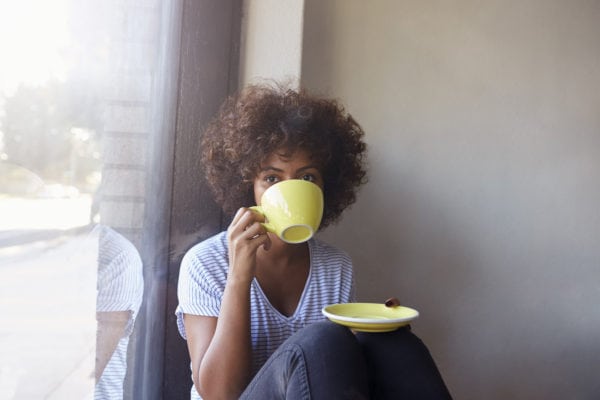 Your daily cup of coffee could give you more years to enjoy drinking it, according to a study of caffeine from Stanford University School of Medicine.
The study, published last month in the medical journal Nature Medicine, found properties in caffeine may hold back an inflammatory process linked to heart disease and aging.
The school’s findings analyzed more than 100 people over a series of years and found the inflammatory process was less prevalent in those who drank more caffeine. In fact, lab experiments found caffeine “directly countered” the inflammatory process.
Ninety percent of noncommunicable diseases—those that aren’t infectious or transmissible—are tied to chronic inflammation, said David Fuhrman, the study’s lead author. Roughly 75 percent of the world’s deaths are caused by noncommunicable diseases such as cancer, diabetes and heart disease, according to the Centers for Disease Control and Prevention.
For the study, researchers looked at gene clusters and found people with high levels of an inflammatory protein had high blood pressure and free radicals in their blood more often. Free radicals, the researchers said, can cause cell damage. Study participants with gene clusters containing low levels of the inflammatory protein had more family members who lived age past 90 years of age.
This is where the caffeine kicks into gear. The blood of the group in the study with low levels of inflammatory protein was found to be enriched for caffeine compared to the other group.
“That something many people drink—and actually like to drink—might have a direct benefit came as a surprise to us,” said Stanford microbiology and immunology professor Mark Davis. “What we’ve shown is a correlation between caffeine consumption and longevity. And we’ve shown more rigorously, in laboratory tests, a very plausible mechanism for why this might be so.”

Pandemic Worries Have Black and Latina Women Focusing on Self-Care

Are You at Risk for Multiple Myeloma?

5 Protective Hairstyles You Need to Try This Summer